Are you considering a move to New Orleans? This unique city offers a melting pot of various cultures, creating a place like no other. Whether you’re looking for a quiet place to raise a family or a great place to party and meet people, New Orleans has it. But does it have a gay neighborhood? It doesn’t just have one; it has three! If you’re looking for a gay community in New Orleans, here are three neighborhoods you may want to live in. 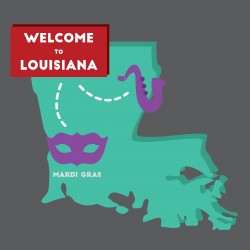 It might have a weird name, but the neighborhood of Faubourg Marigny is full of beautiful architecture. Founded in 1805, it’s one of the older parts of the city, and much of it is listed on the National Register of Historic Places. It declined during the 1950s, but after Hurricane Betsy, the Faubourg Marigny began growing as a number of displaced Filipino Americans moved into the dilapidated area. By the mid-1980s, it was home to many music venues and arts festivals. This drew a number of LGBTQ individuals to Faubourg Marigny, turning it into a gayborhood.

Finally, there’s Pigeon Town. This neighborhood is much quieter than the French Quarter, but it’s no less historic. It’s also quite diverse, and many artists and musicians have made it their home. It’s not unheard of for people to gather in the street to party just because they want to, especially since the roads aren’t congested. Many people prefer to bike or use public transportation instead of driving. There are a number of public art projects that anyone can contribute to as well. Overall, it’s a great place for a family.

No matter where you’re looking to live in New Orleans, a gay or lesbian real estate agent can help you find the perfect home.

The Downsides of Gentrification on the Gay […]

U Street, a Home to the LGBTQ Community in […]