The Gayest Cities in California

California is known as a haven for the LGBT community. A gay or lesbian real estate agent will tell you that people move from around the country to San Francisco, thinking it will solve all of their problems. But while San Francisco has a long history with the LGBT community, it’s also just one of the very open and supportive cities in the state. As it’s quite expensive, many people find themselves looking at other places in California. Here are some of the gayest cities in the state based on a number of factors, including the number of same-sex couples in the city and the number of city ordinances protecting LGBT people. 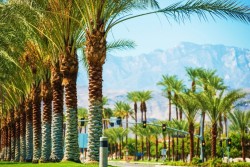 While it’s still fairly expensive, Palm Springs actually has more LGBT households per capita than any other city in California. More than eight percent of all households here are same-sex, so you know you’ll be able to find some LGBT friends pretty easily. This also means that the school system is very open to kids with same-sex families.

While technically different from Hollywood, West Hollywood is still as open and welcoming as its more popular sister. It’s also much less expensive than Hollywood proper, though it is still a part of LA, so you can expect housing costs to be a bit higher than they’d be elsewhere. Still, with more than six percent of households made up of LGBT-identifying individuals, it may be worth the extra cost.

You may not be familiar with Cathedral City. It’s not one of the most well-known cities in California, but it is home to many LGBT people. The city only has a little over 50,000 citizens, so it’s nice and small. It’s located in the Coachella Valley not too far from Palm Springs. Overall, things are cheaper in Cathedral City, so it’s a nice change of pace from the rest of the area. In addition to its lower cost of living, Cathedral City is known for its number of gorgeous parks.

Another small city, Rio Dell has less than 4,000 people living in it. Out of these, around three percent of households are same-sex. Like Cathedral City, it’s more laid back, relaxed, and low-cost. This town is also in the Northeastern part of the state, so it’s perfect for those who don’t want to get caught up in the rush of LA or San Francisco.

These are just a few places where the LGBT community is very large and strong. Check them out if you’re planning a move to California.

How Do the Top LGBT Cities in the US Rank i[…]

Great Places to Live in Connecticut