Are you ready to retire? Many people decide to move when they reach retirement age. Some need a change of environment for health reasons. Others may have always wanted to live in a certain city or state, but haven’t been able to move due to employment. Now that they’re retired, there may be very little holding them back.

If you’re a member of the LGBT community, you may want to retire to a place that’s much more welcoming and open. You may be ready to live somewhere with other like-minded people who won’t give you any trouble about being in a same-sex relationship. If you’ve entered your retirement years and are ready for a change, here are some of the best LGBT retirement locations separated out by the size of the city. 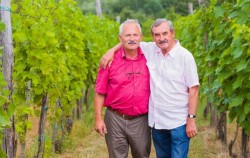 If you love the big city life and have lived among a large population for most of your life, you may want to retire to one of these larger areas. They all have populations of at least 250,000. Living in a large city means you’ll have access to good public transportation networks, large hospitals, and more, all things that seniors may need.

Large cities to check out:

If you’re looking for some place that’s a little smaller but still good sized, you might want to consider a mid-sized city. These locations have at most 200,000 people. They still offer many of the great amenities that large cities have, but there’s not quite as much of a crush of people. You’ll find that these locations have average or low costs of living, something many retirees look for due to the fact that they are on a fixed budget. Here are some of the best mid-sized cities for LGBT retirees:

Don’t like the city? There are a number of small towns and cities out there with no more than 100,000 people. Some of these small cities may be surprising, but they have much larger percentages of same-sex households than the mid-sized and large cities.

Of course, these cities aren’t the only great places for LGBT retirees. If you’re interested in moving to a welcoming retirement center, a gay or lesbian real estate agent may be able to help you.

Should LGBT Couples Rent or Buy a Home?

The Best LGBT Places to Live in Vermont