Dear Gay Realtor – Can my same sex Veteran husband and I obtain a VA loan together?

Whether you can obtain a VA loan with your same sex Veteran husband depends on a number of factors. The Veteran’s Administration, VA, issued Circular 26-13-18 in September 2013 in response to the President of the United State’s directive that the Executive Branch stop enforcement of the statutory language in Title 38, U.S. Code, defining spouse as someone of the opposite sex. The VA stated in that circular that it would determine whether same sex married couples qualify for a loan on a case-by-case basis. 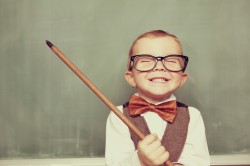 The VA sent another circular to its participating lenders that provided guidance on this issue. It stated that its loan procedures might depend on location since not all states recognize same sex marriages. Federal statutes governing veteran’s benefits dictate that a valid marriage depends on the law in the state where the parties resided when they married or where they resided when a right to benefits accrued.

According to Lambda Legal, a nonprofit legal organization who advocates for LGBT civil rights, if the state that you live in does not recognize same sex marriage and you continue to live in a non-recognition state, your marriage will probably be ruled as invalid for the purposes of VA benefits. The Department of Veteran’s Affairs in affiliation with the Department of Justice is expected to address the limitations on marriage recognition in the future.

In its guidance circular, the VA stated that where same sex couples do not quality for a loan, applying for a joint loan might be the remedy. Joint loans are made to a veteran and another non-veteran person that is not his or her spouse. In those cases, the VA will only guaranty approximately 40 percent of the loan amount. The affect this will have on a loan depends on the lenders guidelines.

If you have questions about applying for a loan, the VA suggested that borrowers contact them or a qualifying lender. If you are denied benefits, you should contact an attorney who is knowledgeable about VA benefits and same sex couples.

Realtors Need to Be Culturally Competent

My Partner And I Are Splitting Up…Can I Buy[…]