“Post-gay” America on the rise; a more diverse and optimistic place 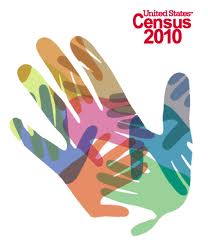 The 2010 US Census data are showing some major transformations in the demographics of cities across the country. Chiefly, that unmarried and same-sex couples raising children are moving into neighborhoods once the exclusive redoubts of the nuclear family. In Indiana state, New York City and one Seattle neighborhood, Census data recorded an upsurge in unmarried and/or same-sex couples at 33 percent up 27 % and 55 % respectively. Incredibly, the staunchly conservative South is becoming a popular place for same-sex couples to raise children. By some estimates, nearly one-third of all gay couples living in the South are raising children in cities likeJacksonville,Florida.

Demographic researchers are attributing this seismic social shift to redoubled gay rights advocacy and awareness campaigns over the last decade. Importantly, stereotypes have been lifted as gay couples move in next door. The average American has a more nuanced perception of gays and gay couples. TheUScensus data also found that black and Latino couples were twice as likely to raise children as whites. As one gay-friendly marketer put it, “[people] are beginning to see that the gay community is very diverse.”

Gay and lesbian partners, though still ensconced in the struggle for full legal recognition under Federal Law, have injected these communities with new vitality. The business revenue and tax dollars associated with an influx of new, gay money is startling, but not surprising. Almost comically, social and urban studies report that gay money is as good as straight money. These reports indicate that established gay and lesbian couples tend to be more financially stable than their straight counterparts, too.

In 2009, a Community Marketing study concluded that the per capita income of a same-sex household was $81,500—nearly 80 percent greater than the averageUShousehold. That same study determined that forty percent of gay households report income of $100,000+. Thirty-six percent of lesbian households reported an income 100,000 or more—keep in mind that equal pay for equal work for women remains unresolved.

When same sex couples go on vacation, they spend more than their heterosexual counterparts. To explain this, one threadbare argument asserts that same-sex couples don’t have the associated costs of raising a family. Because of this, they implicitly have more expendable income. What is closer to reality is that same-sex couples invest more time in their education and relationships before settling down—just like heterosexual pairs of similar financial backgrounds.

Same sex couples commit responsibly, not when obliged to

Same-sex couples can and do provide a child everything a straight couple can, and are more likely to wait until they have firmly rooted themselves in a community.Seattle’s affluent Capital Hill is just one example of a gay-friendly neighborhood that has been overrun with same-sex couples that have the means and paternal desire to raise a family. The average household income of Capital Hill is about $50,000 dollars—about 5,000 dollars more than the national average. Arguably, same sex couples are better suited to provide a stable home for children because they settle down when they are good and ready.

In a country neatly transfixed by teen-pregnancy television, can one reasonably argue that heterosexual coupling provides a more stable home? Heterosexuals are permitted by society to ‘learn along the way,’ where same sex couples are regularly subject to the rigors and heartache of archaic adoption laws and practices.

Economic uncertainty has cast a long, menacing shadow over the future of once prosperous communities in many states. All told, homes lost to foreclosure or short sales total in the millions. A recent Federal study has determined that families are splitting up in order to live as they did before foreclosure. This social upheaval has been traumatic and precipitated an unforeseen up tick in crime and poverty in neighborhoods where the mortgage crisis has hit the worst.

Front-row seat on a magical transformation

Bringing with them the gifts of their own migration pattern, established same-sex couples come bearing political clout, money and education. This combination isn’t just transforming beleaguered communities, but enlivening every community they touch with diversity, intellect and culture.

Online real estate vehicles such as www.gayrealestate.com have been instrumental in connecting same sex couples with gay-friendly real estate agents and communities. Post-gay America is a place of pronounced ambition, equality and optimism. Same-sex couples are civic leaders and example parents that any reasonable community should welcome. What is more, gay rights business groups and advocates, like gayrealestate.com, have been undeniable power brokers of investment and equality, breathing new life in the communities they live and work.

The difference between pre-qual. and preapp[…]