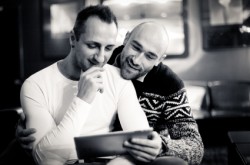 LGBT Discrimination in Real Estate and What to do about it

The federal Fair Housing Act does not protect against sexual orientation and sexual identity discrimination, prospective home buyers may be treated differently by finance companies, real estate agents, insurance companies and others. Some states and local governments and agencies do have laws that protect against discrimination based on same sexual orientation and sexual identity. The four Fair Housing Centers in Michigan collaborated to conduct an investigation in 2007 to find out if same sex couples were discriminated against. They found […]