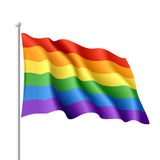 States to Be Weary of When Looking for Equa[…]

Washington State is a Great Option for Some[…]