Despite the fact that LGBT rights have taken a number of huge jumps forward in the past year, gay and lesbian citizens are still not fully protected under the law.  Employment and housing discrimination is still legal in some states, which is why it’s important for LGBT people to know how to handle discrimination when it occurs.  If you believe that you have been refused housing due to your orientation, you need to take action.

What the Law Says 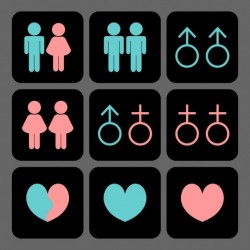 Fair housing laws state that no one can discriminate based on color, race, sex, religion, disability, family status, or national origin.  While the Equal Employment Opportunity Commission has recently decided that sex includes sexual orientation, their interpretation currently only applies to federal employment, not housing.  This means that there are landlords and sellers out there who may discriminate against you because of your orientation.  This includes denying an application, ending a lease early, or even evicting people without any other reason and without any notice.

What Can You Do?

The first thing you can do is try to avoid any chance at being discriminated against.  Find a good gay or lesbian realtor or a landlord who is known for being LGBT-friendly.  If that’s not an option, then first you need to be certain that discrimination occurred.  Having documentation that backs up your claim is very important.  Otherwise, it comes down to your word verses theirs, and that makes it very difficult to build a good discrimination case against someone.  Remember, the burden of proof is on you.

The first thing you should do is try to sit down with the other person and work things out, sometimes with the assistance of a neutral third party.  You may still end up searching for a new home, but you may be able to work out some extra time to do so.  However, in many discrimination cases, the other party simply isn’t willing to work with you.

If that’s the case, you may have to file a complaint with your local or state housing agency or even consider a lawsuit.  If you do, you’ll certainly want to have proof backing up your claim.  If you do and you win, you may receive damages, have your court costs paid, or have fines and punitive damaged levied against the discriminating party.  The court can also order a landlord to rent an apartment, duplex, or house to you, but you probably don’t want to have a landlord who is anti-LGBT.  In most housing discrimination cases, it’s best to make certain the other person is punished according to the law and then move on.