One of the worst feelings is being discriminated against. Sometimes it’s obvious. You know right away that someone isn’t treating you fairly simply because you identify as LGBTQ. Other times, it’s much more subtle. This can almost be worse than obvious discrimination because you’re left wondering if it’s actually happening or if you’re just imaging it. When it comes to housing, there are laws in place to protect you against discrimination. It’s important that you know these laws and your rights, so you understand how to battle discrimination if it affects you. 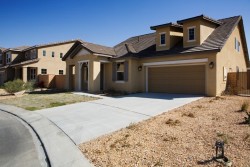 The Federal Fair Housing Act is the single legal document you need to understand when it comes to housing discrimination. This Act states that no one can be discriminated against based on color, race, sex, religion, national origin, familial status, or disability. While that doesn’t specifically say anything about gender identity or sexual orientation, the Justice Department has gone on record as stating that “sex” does include discrimination against transgender buyers and renters.

In addition to the Justice Department expanding this definition, the Housing and Urban Development department has also gone on record stating that the Act protects you from being discriminated against for “gender nonconformity.” This means that if you are biologically male, but choose to dress feminine, you cannot be discriminated against for not fitting the male stereotype.

Because the Act does mention familial status, many see it as protecting married LGBTQ couples or those who have chosen not to get married but want to live together. As with many laws, the way the Federal Fair Housing Act protects LGBTQ individuals and couples is still being tested and determined.

Unfortunately, there aren’t sweeping state laws that protect LGBTQ homebuyers. Various states offer different protections. Some offer next to none, while others have passed legislation fully protecting LGBTQ people from discrimination. Some states protect people based on sexual orientation, but not on gender identification. Then there are city ordinances that protect only those who live within certain metro areas. If you believe you’re dealing with discrimination in housing, it’s important to learn how your state and city offer protections. Speaking to an experienced legal expert is recommended.

If you want to avoid discrimination in your search for the perfect home, one way of doing so is to use a gay or lesbian real estate agent. These agents understand what it’s like to be the target of discrimination and will go out of their way to make certain you’re treated fairly.

When buying a house as a member of the LGBTQ community, do you have to come out to your real estate agent? Should it matter what your orientation is or if your agent knows? It shouldn’t matter, although it does leave you open to discrimination, especially if you’re not working with a gay or lesbian agent. However, whether or not you do come out is up to you. 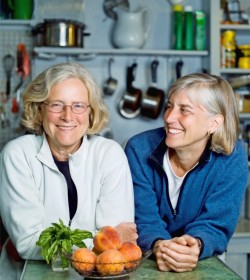 If you’re married, you’ll have to disclose that information when you’re applying for a mortgage. You’ll also want to have both of your names on the deed to the property. This means that your agent will need to know about your relationship. You’ll also have to come out to your lender and to the title company. The easy part about this is that you’ll “come out” in your paperwork. You don’t need to have any kind of conversation with anyone—they will see that you’re married on the loan information.

It’s Helpful in Some Situations

It can be helpful for your real estate agent to know that you’re looking for homes in the gay district or that are near LGBTQ businesses. Knowing that you’re a part of the community also means that your agent will know to show you homes in more accepting neighborhoods rather than those that tend to lean more conservative. Every piece of information you can give your agent will help them narrow the search and find homes that are absolutely perfect for you and your family.

It Depends on the Area

Of course, some cities and states are more conservative and less welcoming than others. If you’re looking for a home in one of these areas, you may not want to immediately come out to your agent. Even if you’re looking at homes with your partner, your agent may not immediately assume that you’re together. Some agents simply won’t care either way, and even those who aren’t supportive of the LGBTQ community will often be professionals. That’s not to say discrimination doesn’t exist—it does—but don’t assume that you will automatically be discriminated against.

If you’re single, there’s really no reason to say anything to your agent unless you want to. The same goes if you’re in a relationship, although your behavior towards your partner may give it away. If you’re at all concerned about being the victim of discrimination, find a gay or lesbian real estate agent. They’re more common than you might think.

If you’re ready to talk to a gay or lesbian real estate agent about moving into a gayborhood, you may be so focused on the overall area that you don’t stop and consider other aspects of where you’re moving to. Yes, it can be great being surrounded by other LGBTQ neighbors, but sometimes, a gay village has too many downsides to truly be the right place for you to move. Here are a few factors you should always take into consideration before you move to one of these neighborhoods.

Is it Conveniently Located? 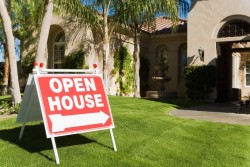 Gay districts are often located in great parts of the city, but sometimes those locations simply aren’t that convenient for you. If you have to commute 30 minutes or aren’t in the right school district, you may need to weigh living in a gay neighborhood against being located closer to work or school. Even if you think the commute won’t be that bad, you may find yourself considering another move in a few years because you’re tired of it.

Many people love the idea of living near other LGBTQ individuals and families, but don’t stop and consider what their neighbors are really like. For example, some people aren’t comfortable or don’t see the need to make a big deal out of their sexuality. If you’re one of these people, are you really going to like living next to someone who has rainbow flags hung everywhere? If you like living on a quiet street, will you want to be near people who throw dinner parties or come home late at night after the clubs close?

Don’t simply look at your neighbors as LGBTQ people—look at them as the people they are. If you drive through the neighborhood and hear a lot of noise or see a lot of cars parked up and down the street on the weekends, you may not be happy there.

Do the Homes Meet Your Needs?

This is perhaps the most important question—are the homes in the gay neighborhood what you really need? You don’t want to buy a home that’s too small or too large for you and your family. You also don’t want to purchase a home that costs more than you can afford. Sometimes, moving into the gayborhood simply isn’t financially a good idea. When that’s the case, you shouldn’t hesitate to look elsewhere.