If you’re looking for a gay neighborhood in Chicago, most LGBTQ real estate professionals would point you to Boystown. It’s the most famous gayborhood in the city, and it has a long history of acceptance. Boystown is a part of the larger neighborhood of Lakeview East. It runs from Belmont to Addison and from Halsted to Broadway. But why is Boystown so popular?

The Beginning of Boystown 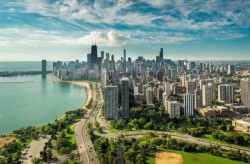 Chicago has always been a haven for LGBTQ people, even back in the 40s and 50s. During these times, many people in the community lived in Tower Town or River North. However, they were slowly pushed out of these neighborhoods as rent went up. Eventually, many of them moved towards Boystown, especially during the 1960s.

Illinois actually repealed its sodomy law in 1961, allowing gay men to have more freedom in coming out of the closet. By 1970, there were enough LGBTQ people living in the area to organize the very first pride parade. It wasn’t long after that event that the area became unofficially called Boys Town. Later, the name became the more official Boystown.

That first pride event had less than 200 people participate in it. Today, the pride parade draws in over one million attendees, making it one of the largest pride festivals not only in the U.S. but in the world.

Over the years, Boystown continued to grow and gain more prominence. As one of the first, if not the first, gay neighborhood, it has always been a popular home for members of the LGBTQ community. While real estate prices have gone up, they are still more reasonable than some popular gay and lesbian neighborhoods, including those in San Francisco.

In 1997, Chicago devoted $3.2 million dollars to Boystown to improve the area. This facelift not only made the area more colorful and visually appealing, it also helped to improve the safety of some streets. One of the biggest additions was the 23-foot-high pillars. Eleven of these pillars were added in 1998 and are painted in the colors of the rainbow.

Is Boystown Right for You?

History and importance to the LGBTQ community aside, is Boystown the right place for you? Home prices may not be near what they are in California or New York, but they’re still fairly high for the area. However, the greater Lakeview East neighborhood has a lot to offer. Many new businesses have moved into the area in the past few decades. Even if you don’t live in Boystown proper, there are a number of great (and more affordable) homes in the vicinity.

LGBTQ rights have come a long way in the past ten years. While the fight for equality isn’t over, things have gotten better in some areas. Thanks to Obergefell v. Hodges, same-sex marriage is now the law of the land. Being able to marry your partner provides you with many more legal protections and options.

This is especially true when it comes to buying a home. Some couples aren’t aware of these changes or where exactly same-sex couples stand when they’re buying a home. Things are different now, and you need to know about these differences before you begin your home search. 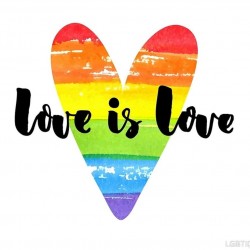 If you’re married to your partner, buying a house is an easier process. You don’t have to worry about setting up joint tenancy documents or whether it’s better to be tenants in common. Unless you file as married filing separately, you also don’t have to decide if one person should claim the entire mortgage tax deduction or if it needs to be split. There’s no question that the two of you own the property as a married couple with all the rights and privileges that brings.

You’re also protected from discrimination from lenders. In September of 2016, the Consumer Financial Protection Bureau (CFPB), which is a federal agency, determined that the Equal Credit Opportunity Act’s protections on sex discrimination extended to orientation and gender identity. Banks, mortgage companies, and other lenders cannot deny your application just because you’re in a same-sex relationship or marriage.

Many states and cities have passed ordinances or other legal protections that prevent discrimination based on orientation or gender identity. According to Trulia, 55.2% of housing options (homes, apartments, etc.) are protected by laws. Twenty-two states and Washington, D.C. have passed protections that cover housing, employment, and public accommodations. Unfortunately, if you plan on buying in an area that doesn’t have these protections, you may find yourself facing discrimination.

LGBTQ discrimination is still widespread in some areas. Even if the seller isn’t upfront about it, if they want to deny your bid based on the fact that you’re a same-sex couple, they will find some way of doing so. Some real estate agents will also discriminate, showing you only a few houses or obviously not dedicating much time to your needs. That’s why many look for a gay or lesbian real estate agent. In addition to being a better fit for your needs, they also understand the legalities around housing discrimination.

Thinking about moving to Hawaii? The island state is gorgeous, and even better, it’s very welcoming to LGBTQ individuals and families. Hawaii is a diverse place where just about everyone will fit in. Of course, housing costs here are fairly high, especially if you’re living on or near the beach. For those who can afford it, though, Hawaii is a beautiful place to live. Here are a few of the best towns and cities for LGBTQ people who are thinking about making the move to Hawaii. 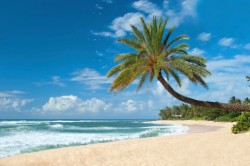 The capital of the state and its largest city, Honolulu has a thriving LGBTQ population. The city is home to an annual pride festival along with a number of other events. Many are hosted by the Hawai’I LGBT Legacy Foundation. Honolulu has become a popular destination for LGBTQ couples planning a destination wedding.

Known for its gorgeous beaches, Waikiki is also a nice city for families. There are many things for children of all ages here, including the zoo and aquarium. You won’t find many single-family homes in Waikiki—most houses here are condos. If you’re looking for a place with very little maintenance, that might be perfect for you. You can exchange your yard work for a day at the beach! There are many gay and lesbian real estate professionals who can help you find the perfect condo here.

Lahaina, which is on the island of Maui, is a popular vacation destination for LGBTQ individuals. That doesn’t mean it can’t also be your ideal home. “Convenience” is the name of the game on Lahaina—you’ll find just about everything you need within walking distance. The city is fairly compact and dense, which might not be everyone’s cup of tea. For those who are fine with this, Lahaina offers a lot of LGBTQ-friendly venues and activities.

Hilo is the go-to destination for many LGBTQ people looking to get away from their daily grind for a bit. Some love it so much they retire here. Crime rates are low, and most everything is within walking distance. There are many different activities to do on the weekends for families, too. Hilo is nice for those who want everyone a large city has to offer, but would prefer some place that’s not as densely populated as Lahaina or Honolulu.

One of Hawaii’s college towns, Manoa is a very diverse town. The University of Hawaii brings in many young people and offers a number of activities throughout the year. It’s also a fun town that’s fairly relaxed and offers very affordable housing.