Boystown is one of the most famous gay neighborhoods of Chicago, but it’s more than that—it’s actually the first recognized gay neighborhood in the country.  Many LGBT people flocked to Boystown, which quickly became one of the biggest gay and lesbian cultural centers.  Over the years, gay neighborhoods have come and gone, but Boystown is still going strong.  In fact, in 2014, it was named the World’s Most Incomparable Gay Neighborhood by Out Traveler magazine.  The award was voted on by the readers of the magazine, so it’s more than just an editorial pick—it was the overwhelmingly popular choice. 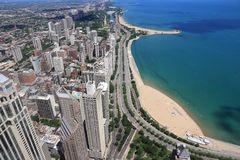 Boystown is loosely defined as the area between Irving Park Road and Wellington Avenue and the area between Broadway and Sheffield Avenue.  Part of this area actually overlaps with the Lakeview East neighborhood.

There are many different attractions in Boystown.  It’s well-known for its nightlife, which can get pretty lively, and its theater.  The Chicago Off-Loop Theater is located here, as is the Laugh Factory comedy club and the Bailiwick Repertory Theatre.  Then there are the different fashion boutiques, wineries, locally owned shops, and even a few popular chain stores.  Some popular spots include the Hydrate Nightclub, Roscoe’s, Nookies Tree, Yoshi’s Café, and Cram Fashion.

Boystown is home to Chicago’s annual LGBT Pride Parade.  It runs down Broadway from Montrose and ends up on Sheridan Road.  The city of Chicago also made its pride in its LGBT citizens known in 1997 when $3.2 million dollars was dedicated to providing improvements and updates to the area.  As part of this project, 23-foot-high pillars featuring brightly colored rainbow rings were added.

Thinking about moving to Boystown?  Local gay and lesbian real estate agents can show you some of the amazing brownstones and greystones in the area.  Boystown is known for these walk-ups, and many of them are fairly old.  The area is full of historic architecture and grand, older buildings that have been kept up.

A Place to Visit… and Maybe Call Home?

If you’re visiting Chicago, you’ve got to take a stroll through Boystown just to see this historic LGBT neighborhood.

If asked about moving to Wyoming, many people might respond with “Why?  What’s in Wyoming?”  Oddly enough, early LGBT rights!  While the state may not have been at the forefront of news regarding same-sex marriage, it’s the only state in the country that never published any type of sodomy cases and, by 1977, had removed consensual sodomy from its list of crimes.  Of course, Wyoming isn’t perfect, and gay and lesbian real estate officials can tell you how the state is lacking in some areas.  However, if you’re considering a move to Wyoming, know that it isn’t the worst place you could live.

The state attempted to create domestic partnerships in 2013, but while a House committee and the governor at the time both supported the idea, the bill failed a full vote in January of that year.  However, on October 21, 2014, a federal court overturned Wyoming’s same-sex marriage ban of 2003, and state officials decided not to fight the ruling.  The law had been challenged in the case of Guzzo v. Mead, and while Governor Matt Mead had stated that he would defend the state’s ban earlier in October, he later recanted following the ruling of Judge Scott Skavdahl.

Protection Under the Law

This is where Wyoming fails in a number of ways.  The state has absolutely no legal protection against discrimination for either gender identity or sexual orientation.  A bill was put forth in 2011, but the state House voted it down.  In 2013, a similar bill went before the state Senate, but again, it was rejected.

The good news is that Wyoming does have hate crime laws on the book.  The state was actually one of the earliest states to adopt these laws following the death of Matthew Shepard made headlines in 1999.  He was killed near the city of Laramie, Wyoming.

While Wyoming may have a reputation of being a fairly conservative state, especially with its lack of anti-discrimination laws, but it’s not all bad.  There are some cities that are very welcoming to the LGBT community.  Jackson is one of the largest cities and is quite diverse.  Laramie, despite being associated with LGBT hate, is actually quite diverse as well, thanks to the University of Wyoming.  It’s also listed as one of the best towns to retire by Money Magazine.

One downside is that people have noted that there seems to be fewer LGBT organizations and support groups in the state, or at least the ones that are there are not as large.  Wyoming Equality is one of the largest and most visible, plus there are a number of support groups connected with the various universities and colleges in the state.

Oh, sure, many people say you should move to California.  The idea of living in this welcoming state may be appealing, but did you know there are some reasons why you really don’t want to move there?  Don’t listen to that gay or lesbian real estate agent—California is certainly no place to live, and the coast should be right out!  Here are a few reasons why. 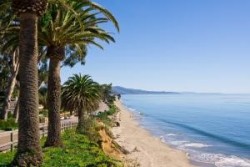 Really, who wants to visit the beach every day?  The golden sand, the bright blue water, the warm breeze… why in the world would you want to live just a few short miles from that?  Even worse, who would want to live ON the beach?  Would you really want to see this from your porch?

A study done in 2013 shows that the death rate is actually higher in the winter or when it’s colder.  But California, especially southern California, has very mild winters.  But who doesn’t love their heavy coats, hats, and gloves?  Worst of all, would you want to give up your scarf collection?  And let’s not even talk about losing those amazing winter boots.  Plus, there’s no white Christmas.

Then there’s the fact that many cities, especially in the south, are often ranked highly on Healthiest Cities in the US lists.  You’re likely going to feel better and live longer in California!  That means extra years to, ugh, go to the beach.

Ugh, All That Time Outdoors

It’s so warm and sunny and bright all the time!  Do you really want to go outdoors that often?  In California, it seems like everyone wants to go out and do stuff all the time because there’s so much to do.  There’s the beach, Disneyland, everything in San Francisco, and so much more.  Whatever happened to hiding out in your house and never seeing the sun?

You Can Chase Your Dreams

Remember that time in college when you won the starring role in a theater production and loved every minute of being on stage?  Well, if you lived somewhere in the Midwest or the South, that could have been your big moment.  Your “I was a star for a brief time!” story.  But if you move to California, you could chase that dream of being an actor.  You could actually take acting lessons, get an agent, and get on TV!  Or you could pursue screenwriting or directing.  You wouldn’t have any excuses for not following those crazy dreams instead of settling for a mediocre job.