Moving to Indiana? The state may not seem that exciting to some, but it’s actually got a lot going for it. Indiana residents have shown great support for those in the LGBTQ community. In addition to this, the state has a fairly strong housing market and has shown economic growth in recent years. If you’re moving to Indiana, here are some of the most welcoming cities in the state.

As the capital of the state, it’s no surprise that Indianapolis is home to a diverse population. It’s one of the most welcoming places for LGBTQ people in Indiana and has a number of businesses owned by members of the community. The city also hosts an annual pride parade and has a gay and lesbian community center. Home prices are quite affordable in some of the suburbs, while the downtown area tends to be a little more expensive.

Home to several universities, including the University of Evansville and the University of Southern Indiana, Evansville’s demographics tend to skew younger. This means the city is quite welcoming since the younger generation tends to be more accepting of everyone. Evansville has passed several city ordinances protecting individuals on the basis of both sexual orientation and gender identity. Homes here tend to sell for around $100,000. That’s fairly affordable compared to many other cities in the area.

Carmel is a welcoming city that has worked hard to pass laws protecting LGBTQ individuals in employment, housing, and other areas. The local government has offered domestic partnership benefits to employees, too. The only downside to Carmel is that it’s one of the most expensive places to live in Indiana, with the average home selling for more than $350,000.

South Bend, on the other hand, is one of the more affordable places to live in the state. Homes here often sell for less than $80,000. Just because home prices are lower, though, doesn’t mean that South Bend is any less diverse or welcoming. In fact, its population is quite diverse. This is partially thanks to St. Mary’s University and the University of Notre Dame. Many LGBTQ people choose to stay in South Bend or the surrounding area after graduation. The city is also home to a large number of same-sex married couples.

These are just a few of the best places to live in Indiana. Other great cities include Michigan City, New Albany, and Bloomington.

Looking for a new home usually involves carefully picking and choosing what goes on your “must-have” list and what goes on the “would like” list. Many gay and lesbian real estate agents find that location is almost always on the must-have. Even if it’s not in a specific neighborhood, most people have a vague idea of where they want to live in the city. For some, the location may be defined by a certain school district. For others, it might be the distance from work. But these vague ideas may not always lead you to the right location. Here are a few tips to help you determine if you’ve found the right place.

Do You Know the Area? 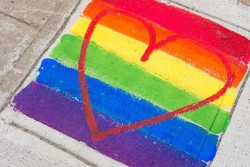 Moving into an area you don’t know very well is often risky. You might find that you really don’t enjoy living there for one reason or another. Instead of simply going to see the property a few times while you’re deciding if you want to buy or not, you need to investigate the neighborhood. Visit it at several different times, including at night and on the weekends. This will let you see how loud it is at night and how busy it is on the weekend. Also see what it’s like driving to that area when you’d be going to and getting home from work. This will let you see how the traffic is.

Take a look at houses on the same block and on a few blocks in either direction. Would you be happy living in one of those homes as it is now? If not, why not? Homes that look like they’re in disrepair or aren’t being kept up may indicate that the neighbors aren’t the best. If you find that most of the homes in the neighborhood look run down, you may want to reconsider your purchase.

If you’re a member of the LGBTQ community, you may want to consider moving into a neighborhood where like-minded individuals live. While not every city has what’s sometimes referred to as a gay ghetto, many of the larger metro areas do. These neighborhoods are usually very welcoming and populated by many diverse individuals and families. While it’s true that you may be welcomed in many parts of the city, you may find that you’re happiest in a neighborhood where you don’t have to fear being targeted for your gender identity or sexual orientation.

Are you considering a move to West Virginia? If you’re looking to relocate to a city where LGBTQ families are not just accepted, but welcomed, there are a few different places to consider. West Virginia overall is known as a friendly, accepting state, so you don’t necessarily have to avoid any certain places. However, it’s always great to live in a city that values all of its residents equally. Here are some places where you’ll find that. 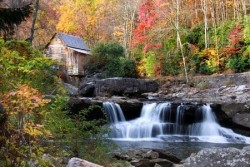 Athens is a small college town where many people’s lives revolve around Concord University and the events on campus. Even though it’s small, it’s considered a gorgeous hidden paradise. Bush Creek Falls provides an amazing outdoor experience, and there are plenty of places to hike and picnic. The university puts on a number of different events throughout the year, and the town is home to a functional drive-in movie theater. Local ordinances protect people from discrimination based on orientation.

Is Athens a bit too small for you? Morgantown is a nice mid-sized city with around 30,000 full-time residents plus another 25,000 students. It’s another college town, so you have that welcoming atmosphere that often accompanies these areas where the demographic skews younger. With an average home price around $150,000 it’s also quite affordable. Morgantown’s located in a central area that makes it quick and easy to get to a number of large metro areas.

Charleston is the capital of West Virginia, and it’s one of the most liberal cities in the state. LGBTQ individuals are protected from discrimination in a number of areas thanks to city ordinances. You’ll also find that the housing market here has revitalized itself. Today, everything from trendy downtown lofts to traditional homes with classical layouts are available at reasonable prices. In fact, the median price for houses is even less than Morgantown, so you’ll find some great deals here. As the capital, you can also expect to find many cultural activities in Charleston, and there’s always something to do.

Another city of around 50,000 is Huntington. Like the other cities on this list, it also has a number of anti-discrimination ordinances that offer protection to its citizens. The city’s homes are even more reasonable than Charleston’s, and many people will pay less than $100,000 for a nice single-family home. If you’re looking for a city that’s affordable yet very welcoming, talk to a gay or lesbian real estate agent about homes in Huntington.

Trying to find a job in a city where few places are hiring isn’t easy. This is especially true if you’re in a specialized career. Marine biologists, for example, might find it hard to get a job in the central states. But if you’re in the LGBTQ community, you may have another requirement when moving: you want to move to an area that has both great job opportunities and is friendly to LGBTQ individuals. Finding such places isn’t always easy, even with the help of a gay or lesbian real estate agent. Fortunately, a new survey has helped highlight some of the best places to look for employment in 2018, and a quick look at the HRC’s equality index can help determine which of these places are LGBTQ friendly.

As a part of the larger Phoenix metro area, Scottsdale is definitely quite LGBTQ friendly. It has more of a suburb feeling than Phoenix, so it’s a good option if you don’t want to live in a huge metro. It’s situated in the eastern part of the Greater Phoenix area, which makes it fairly close to the cities of the East Valley – Tempe, Gilbert, Chandler, and Mesa. You can live in Scottsdale and commute to any of these other locations and vice versa.

In fact, Chandler and Gilbert are also listed as two of the best cities to find work in 2018, so if you really want to get away from the larger cities, you can.  Because they’re smaller, you can often find more affordable housing in Chandler and Gilbert. On the other hand, you won’t find much gay culture here, but you’re close enough to Phoenix to hit up its various LGBTQ nightlife options.

It shouldn’t be any surprise that San Francisco is on a list of great LGBTQ cities to live in. What might be a little more surprising is that it’s on a list of places to find work. Not only are employers looking to hire more people in the Bay Area next year, they also pay quite well. According to a list by Wallet Hub, employers in San Francisco pay the second-highest average starting salary in the country, coming in behind their neighbors to the south in San Jose.

That’s good since the cost of living in the city is quite high. Property values in San Francisco proper may be a little out of your price range at first, but you can always live in the suburbs in use the BART mass transit system to get to work.