Are you considering moving to Virginia? It’s a lovely state that was one of the earliest places to approve same-sex marriage. Virginia is home to a good number of LGBTQ individuals and families, and the state has done a lot to provide them with many different resources and protections. Virginia has an official Office of Diversity and Inclusion that offers many different tools to LGBTQ people, plus groups such as Equality Virginia offer help in finding welcoming churches, legal advice, and more. Naturally, some parts of Virginia are more welcoming than others, though. Here are some great cities that you’ll feel right at home in. 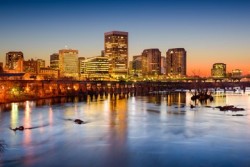 The capital city of Virginia, Richmond has done a lot in recent years to reach out to the LGBTQ community. This has resulted in more LGBTQ people coming in as tourists, and some have even decided to move to the city. PrideFest is held every year in September in Richmond, bringing in people from around the state for the festivities. Virginia Commonwealth University has also received high ratings as an LGBTQ-friendly campus.

Alexandria, which is located very close to Washington, D.C., also hosts several different pride events throughout the year. The city is home to groups such as Rainbow Families DC and the Alexandria Gay and Lesbian Community Association, both of which provide social activities and support for the community.

A smaller city you may not have heard of, Blacksburg is home to Virginia Tech. This college has several different LGBTQ support groups that host various events and provide support to students in the area. They bring in various authors to read and talk with students and put on theater performances. Don’t be put off by the fact that Blacksburg sits in what many consider the more conservative part of the state. Many gay and lesbian real estate agents will tell you that the town is actually one of the more liberal in the area.

Arlington is a part of the DC Metro Area, a place known for a large number of LGBTQ families. The city has appeared on Advocate Magazine’s list of the 10 Gayest Cities in the U.S. and is well-known for its friendly, welcoming attitude. The city has a group for LGBTQ parents, is home to the Arlington Gay and Lesbian Alliance, and provides affordable housing to those who work in DC but can’t afford to live there. While the city doesn’t have its own pride festival, many of the LGBTQ groups in Arlington participate in the Capital Pride Parade.

Whether you’re gay, straight, pansexual, or don’t do labels at all, if you’re a homeowner, you share some common concerns and joys with others who own real estate. There are a lot of little tasks that come with homeownership. You’re in charge of everything from taking care of the lawn to replacing the furnace if it goes out. That can equal a lot of time and money if you’re not careful. With that in mind and with the approaching new year, here are a few resolutions homeowners, regardless of orientation, should consider making.

Don’t Put Off the Small Tasks

Got a crack in one of your walls from when your house settled? Have some tiles that are cracked in the bathroom? Do you see a fascia board coming off your roof? Don’t put these tasks off. While doing them in January may not be feasible due to the weather, take the time to make a list of all of these minor home repairs and set deadlines to take care of them. It may not seem like a big deal—a few cracked tiles might not be a problem—but these little tasks do add up. Some become much more troublesome if you let them grow into big issues, too.

Do You Need to Make an Insurance Claim?

Another thing homeowners tend to put off is making insurance claims. If your roof has taken damage due to a storm, you need to make your claim as soon as you can. Again, what might seem like minor damage could result in buckets of water leaking into your attic the next time it rains.

Is This the Year You Sell?

Are you thinking about selling your home? Even if you haven’t committed one way or the other, if you’re thinking about it, make a few New Year’s Resolutions related to getting your home in shape. Resolve to finally do some of that landscaping you’ve always thought about, or make the decision to paint the interior. These little updates and changes can all add value to your home. Doing them ahead of time will definitely make it easier when you do decide to sell, as any gay or lesbian real estate expert will tell you. If you ultimately decide to keep the house, then you have a nicer home to live in.

Commit to that Remodel

Do you keep going back and forth on remodeling your kitchen, bathroom, or other part of your home? If you do, what’s holding you back? Take a good look at what you really want out of your home. If it’s not there, ask yourself why. If it’s something you can add through a remodel, why not go for it?

Los Angeles is known for being the heart of the U.S. film industry, but it’s also known for its history with the LGBTQ community. LA may not have played quite as large a role as San Francisco or New York City in the community’s growth and acceptance, but it has been the site of a number of important steps for gay and lesbian rights. The Counterculture Movement of the 1960s was one of the first major LGBTQ movements, highlighting the culture and bringing equality into the political discussion of the time. Riots, protests, and other events took place during the 1960s, leading to a number of gay bars being the targets of police raids.

Today, Los Angeles is still a hub of LGBTQ culture. In fact, West Hollywood is made up of about 40 percent of people who identify as a member of the community. A wide number of LGBTQ-owned businesses are also located in this part of LA.  At one point, West Hollywood was almost exclusively LGBTQ, but today, as more and more people have become accepting, the city has become more of a melting pot of different sexualities, cultures, and races.

Silver Lake is another major LGBTQ community in LA. This residential area sits in the center of Los Angeles near the city reservoir. Silver Lake is home to Walt Disney’s first studio, although that studio was demolished years ago. The neighborhood has also been one of the central locations for the leather subculture.

If you live in Los Angeles or are talking to a gay or lesbian real estate agent about moving there, you may be curious about what community resources are available. The Los Angeles LGBT Center is one of the top community centers in the state. In fact, it’s considered one of the largest LGBTQ community centers in the world. It offers a wide number of services and programs, including health, housing, education, and advocacy services. The center has been active since 1969.

The University of Southern California is home to the ONE National Gay & Lesbian Archives. This archive includes years of different materials related to the LGBTQ community and operates a public museum. The Gay Women’s Service Center is also located in Los Angeles.

Naturally, LA also has its own pride parade. The Los Angeles Gay Pride Parade and Festival is annually held in June every year in West Hollywood. More than 400,000 people attend this huge celebration.

Thinking about moving to the New England area? There are many beautiful sights to see and places to live here. If you’re a part of the LGBT community and want to make sure you’re comfortable and safe in your new home, you might want to consider some of the cities in Connecticut. It was the second state in the U.S. to legalize same-sex marriage, which should give you an idea of how open and welcoming it is. Many gay and lesbian real estate agents are active in the state, too, so you can get help in finding that perfect home. Here are a few of the cities that have good-sized LGBT populations and are definitely more than welcoming to all. 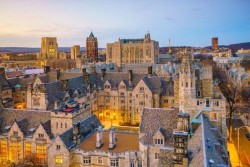 Westport is home to a number of famous names. Martha Stewart herself even lived in the city for some time. It’s full of people who are very liberal and highly educated, which is why many LGBT people feel right at home here. With low crime rates, a top notch school system, and a number of pride events, Westport may seem like the perfect place to live. There is one downside: most of the people here make a good amount of money, and the cost of living has increased to match.

Home to Yale University, New Haven is one of the best cities in the area for LGBT students and non-students alike. One area you definitely want to visit is Wooster Square, the center of the LGBT community in New Haven. There are many great restaurants and parks here as well as affordable homes. Don’t forget to mark your calendars for the New Haven Gay Pride festival in September and Gay Pride Weekend.

If Hartford is a bit too large and crowded for you, you might want to step over to West Hartford. This suburb is a little smaller, although it’s still home to more than 60,000 people. It’s nice if you want everything a city of that size offers but don’t want to feel crowded all the time. There’s very little crime here, which is great, and the education system is outstanding. It’s similar to Westport in that regards, and just like Westport, the cost of living is higher than in some other areas of the state. There are many different LGBT events here, too, plus a number of services provided by the city.

If you’re thinking of moving to Connecticut, you can’t go wrong with one of these three cities.