Want to know where some of the best places to live are for members of the LGBT community? One tip is to check out where they’re vacationing. While it’s not always true, some gay and lesbian real estate agents have found that cities with a growing LGBT tourism industry do tend to be much more open and welcoming. No one wants to vacation in a city where they’re going to be looked down on because of their sexual orientation. Some people get enough of that in their day-to-day lives—they don’t want to deal with it on vacation, too. So where are LGBT people spending their vacations in 2017? Here are some of the top spots.

California is always a welcoming destination for LGBT people, so it should be a surprise that Palm Springs is on the list. What is interesting is that it’s the California city of choice this year, not San Francisco. There was a time when Palm Springs seemed played out – people were bored of it. Then the Coachella Music and Arts Festival moved in and brought the crowds back. What’s great for those looking to buy a house is that Palm Springs is just as welcoming as San Francisco or LA but is more affordable. It’s still fairly pricy, of course, but if you live on the outskirts of the city, you’ll find prices aren’t as bad.

Denver, Boulder, and Other Cities in Colorado

The entire state of Colorado has become very open and relaxed. In fact, few people realize that a county clerk in the state actually issued some marriage licenses to same-sex couples back in 1975! The state has become known for its laid back, live and let live attitude that prevails in most of the larger cities. It’s also seen in vacation towns such as Telluride and Aspen. Living in those areas may not be for everyone. The huge influx of visitors during the tourism season is a lot to handle. However, Denver, Boulder, Colorado Springs, and other locations may fit all of your needs.

Orlando, Florida, is often on lists of the best LGBT areas to visit or live in. Last year, the city made headlines with the tragic shooting at the Pulse Nightclub. This mass shooting was the worst in the country’s history. Despite this, Orlando hasn’t lost its status as one of the best places for LGBT people to visit or live. In fact, the community became even stronger after the tragedy. Orlando offers a lot to its residents, and in some parts of the city, you’ll hardly ever see tourists.

Life in Illinois can be very rewarding. The state has a very diverse population, and there are many cities here that are very welcoming to members of the LGBT community. Few people realize that Illinois is actually the sixth-most populous state in the country, which means a lot of people are packed into what is a fairly small area. While most of these people live in or around Chicago, there are some smaller suburbs and neighborhoods that might be a great fit for you. If you’re looking for a place to live in this state that ranks highly with the LGBT community, here are a few places to consider. 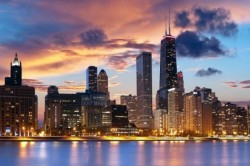 The large metropolis of Chicago is to the Midwest what New York City and LA are to the coasts. You’ll find just about anything here, including many jobs and educational opportunities. You’ll also find Boystown, the oldest official gayborhood. Your gay or lesbian real estate agent can fill you in on the history of this unique area. If you want a gay community that is active year round, not just at pride time, you’ll find that here. There are a number of different activities held throughout the year. The population is quite diverse, too, but as the name would suggest, Boystown is more of a mecca for gay men than it is for lesbians.

For gay women, Andersonville is the lesbian answer to Boystown. It’s actually another neighborhood in Chicago, and it’s only a few miles from Boystown. This area was originally home to a large number of Swedish immigrants, and their influence remains in the architecture and food. The area is also home to a great bookstore and many other small businesses.

The college town of Evanston is one of Chicago’s suburbs, so it’s not as densely populated. Here you’ll find Northwestern University, which means the population of the area tends to increase during the school year. The LGBT population, though, does remain fairly steady throughout the year. Evanston may be ideal for those who want to remain close to all the Chicago metro area has to offer but don’t want to live in the larger city.

Another smaller town to the west of Chicago, Oak Park is a quiet and friendly space. It’s known for its arts scene, and you’ll find a number of boutique galleries and other small businesses here. The population is fairly eclectic, so you’ll fit in, no matter what your lifestyle.