Nebraska may not necessarily be considered one of the most exciting states, but it does have its charms. The state sits on the Great Plains and is home to a number of different Native American tribes. Nebraska is split into two areas: The Great Plains and the Dissected Till Plains. The Great Plains area covers the western part of Nebraska and is home to many ranches and agricultural centers. The eastern part of the state is classified as the Dissected Till Plains and is categorized by its rolling hills. The larger cities in the state, including Lincoln and Omaha, are located here.

If you’re moving to Nebraska, where might you want your gay or lesbian real estate agent to take you? There are a number of different cities that are welcoming to LGBT individuals and families. According to a recent census, there are almost 130,000 LGBT families in the state. That puts Nebraska as the 36th gayest state. While it’s in the lower half, some might find it surprising that Nebraska is ranked so highly. A survey of these households has determined the most LGBT friendly cities in the state. 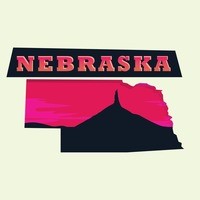 The largest city in Nebraska, Omaha sits on the Missouri River. It’s the center of the Omaha-Council Bluffs metro area that includes the nearby city of Council Bluffs, Iowa. The greater Omaha area is home to more than 1.3 million people. There are plenty of gorgeous homes that have a nice view of the Missouri River, but those are the more expensive properties. The suburbs have a number of much more affordable homes.

The capital city of the state, Lincoln is the second-largest city and the anchor of the Lincoln Metro Area. It’s home to the University of Nebraska, which attracts a good number of students to the area. Because of this, there is a good sized LGBT community centered around the university area. As far as homes go, the city is a mixture of new developments and older, historic homes. The downtown area is primarily older houses, while the eastern and southern parts of Lincoln are more modern.

While it’s a fairly small town, Valentine holds the record for the highest percentage of LGBT households. There are less than 3,000 people living in the town, but more than one percent of its citizens identify as LGBT. If you want that small town atmosphere, this is where to go. Of course, you will have to make a dive to one of the larger nearby cities for some necessities, but for some, it’s worth it.

Idaho may not sound like a very appealing place for anyone to move to, but the state has much more to offer than just the potatoes it’s famous for. Idaho has acres of gorgeous landscape that practically glows under some of the best sunsets you’ll ever see. With great housing costs, a lot of outdoor activities, and some welcoming towns, you won’t find a better place for peace and quiet than Idaho. Of course, Idaho does have its pockets of conservative people, but many of the towns and cities here are pushing for equality and protection for all. Here are a few of these great places to live. 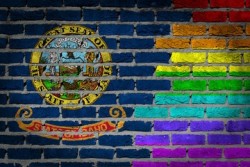 There’s no better place to start the discussion than with Boise, the capital of the state. It’s the most populous city in Idaho, too, with a little over 200,000 residents. Boise is also one of the two central cities of the Boise-Nampa metro area, so living there puts you at the center of everything Boise, Nampa, Meridian, and the other cities in the area have to offer.

Boise was named the 12th city on the Advocate’s “Queerest Cities in America” ranking, so you know it offers a lot to the LGBT community. You’ll find everything from the International Gay Rodeo Association to a huge pride celebration in Boise. The first gay bar in Idaho opened in the city in 1976, and since then, the LGBT community has only grown. In 2012, Boise passed anti-discrimination policies, making it one of the first cities in Idaho to do so.

Located in the southern part of the state, Pocatello is another very friendly town in Idaho. It’s much smaller than Boise, but it still ranks #2 on the list of Best Towns in Idaho for LGBT rights and freedoms. The town passed its own anti-discrimination laws right after Boise, and the majority of the town’s residents voted to keep those laws in place when they were challenged.

The third city on our list is Lewiston. It’s located in what’s called the state’s Banana Belt. This area’s unique geography guarantees that it’s fairly warm all year round, even while other parts of the state are freezing. This means it’s perfect for those who love doing activities outdoors. Golfing, sports, hiking, and many other activities are found year-round in Lewiston, plus the city is known for being a haven for LGBT individuals and families. The nearby town of Clarkston, Washington, is also known for having a great LGBT reputation.