While many people have the goal of becoming a homeowner, it’s something that isn’t always easy for LGBT individuals. Many are uncertain about applying for a loan together and even for looking for homes due to discrimination. Even if they can’t prove it happened, some do feel as if their real estate agent or other person involved in the process discriminated against them. Even working with a gay or lesbian agent doesn’t always mean that the process will be smooth sailing.

But what about those young LGBT individuals whose dreams of living on their own, going to college, and being successful have been sabotaged by their own families? It’s very difficult for a young LGBT person to start planning for the future if they’ve been kicked out of their home and have no place to live.

Fortunately, there’s help for these individuals. While some do find temporary housing in homeless shelters, some gay and lesbian centers have opened transitional housing facilities. The Los Angeles LGBT Center, for example, offers housing to those who are between the ages of 18 and 24.

This option and others like it are more than just a place to stay. While individuals do get a small room and meals, there’s much more to an LGBT center housing program. These programs don’t want people to simply get off the streets—they want to prepare those in need with the skills to move forward in life. This means LGBT youth will get help with finding and enrolling in college, getting a job, and much more. Financial education is also usually offered, so they can start learning how to save, invest, and prepare for the future. Some programs even help participates with finding housing once they’re ready to start their independent lives.

While not every LGBT center offers housing, you’ll find that more and more are providing at least short-term rooms for those in need. Even centers that don’t have the space offer help to those in need. If you’ve been pushed out of your family and are not sure where to go, your first stop should be your local LGBT community center. They can provide you with information and suggestions. If you aren’t sure where your local center is or live in an area without one, you can also look at the National Coalition for the Homeless, which includes a section on LGBT homelessness and resources you can reach out to.

Texas may not be known as one of the most welcoming states to LGBT people, but like many places, you shouldn’t assume that every part of Texas is like that. The state actually has a number of great places to live. Many of the larger cities in Texas are very progressive, and you’re sure to find a place where you fit in if you do a little research. If you ask any gay or lesbian real estate agent about homes in these areas, you may be surprised at what you find. 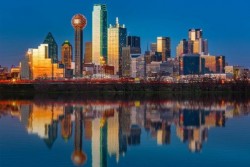 As one of the largest cities in the country, Dallas is home to an incredibly diverse population. In fact, the Oaklawn neighborhood was actually named the top gay district in the U.S. in 2014. Dallas is home to the largest LGBT population in the state, too. You’ll find the Cathedral of Hope, which has a huge LGBT congregation, here. If living in Dallas is a bit too much for you, there are plenty of welcoming suburbs, including Grapevine and Irving.

The capital of the state, Austin is another large city that has a good-sized LGBT population. Austin Pride Week is one of the largest pride festivals in the state. Austin is also home to a number of LGBT theater groups and writers. In fact, the city is considered to be Texas’s cultural and literature center.

The most populous city in the state, Houston is home to over two million people. It features many different colleges and artistic endeavors, making it a very attractive option for those looking to continue their education. The city has a growing LGBT community, too, with many gay bars, LGBT-owned businesses, and more. The My Gay Houston website serves to keep everyone informed about upcoming events and connect with others in the community.

The second-largest city in the state, San Antonio has around 1.5 million residents. It’s another very friendly and welcoming city, and many people travel to San Antonio every year for its huge week-long pride celebration. LGBT youth can participate in a scholarship program, too. The city’s river walk is a great place to hang out and enjoy live music and other types of entertainment.

Outside of these four cities, you can also consider locations such as Denton, Marfa, and San Marcos. They’re all welcoming places in the state. Texas is so large, there’s a place for everyone, so take your time and look at your options.

If you’re a member of the LGBT community, Cape Coral, Florida, may not be one of the places you’re thinking about moving to. That’s because Florida has a lot of great towns and cities that are LGBT-friendly and more high-profile than Cape Coral. Here are a few of the reasons why LGBT individuals and families might want to think about moving to this Florida location. 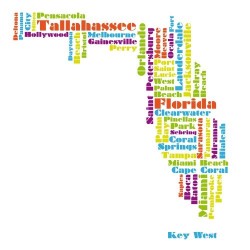 Cape Coral is a good-sized city that has been growing quite quickly. In 2010, the population was over 150,000. By 2015, it was nearing 200,000. If Miami or Tampa seems too large, but you don’t want to move outside of a metro area, Cape Coral may be right for you. It’s the main city of the Cape Coral-Fort Meyers Metro area, which is home to nearly 800,000 people. You’ll find all of the benefits of a large city here, but you may not feel quite as crowded, especially if you live in the suburbs.

Cape Coral is nicknamed the “Waterfront Wonderland” because it has more than 400 miles of waterways you can actually navigate a boat through. Most people think of Venice, Italy, when they think of a city with canals, but Cape Coral actually has more canals than Venice and every other city in the world. It’s gorgeous and unique. Some canals even extend into the Gulf of Mexico. There are a number of beaches nearby, too.

Another great drawn to Cape Coral is its climate. The city has an average of 355 days of sunshine every year. In the summer, it’s quite warm and humid, but the winters are fairly dry and never get too cold. On average, temperatures get down into the 50s in December and January. If you hate the cold and don’t mind a little humidity, Cape Coral may be perfect for you.

What About LGBT Protections?

While Cape Coral may be a little slow in passing LGBT protections, it is catching up. In January of 2017, the city council unanimously passed an ordinance that added sexual orientation, gender expression, and gender identity to its protected classes for city employment. This actually puts Cape Coral ahead of the federal government, which has not yet passed such protections.

If you’re curious about moving to Cape Coral, you can contact a local gay or lesbian real estate agent to learn more about the market and about what live in the city is like.