When LGBT people are asked if they’re going to look for a home in a Gayborhood or gay ghetto, some may answer yes, while others may have no idea what the term means. While gay neighborhoods were once very thriving communities, today some see them as no longer a necessity. LGBT people are much more accepted and in most locations do not have to fear being attacked by their neighbors. But the gay neighborhood still exists in many cities, and […]

Is Richmond Right for You?

Are you thinking about a move to Virginia? If so, you may be talking to a gay or lesbian real estate agent about homes in Richmond. The capital of the state, Richmond, was incorporated in 1742, making it a city with a huge amount of history. It’s also home to growing artistic community and a number of LGBT citizens. In fact, Richmond added a large LGBT community center in 2008 and home to the Triangle Theatre, one of the biggest […] 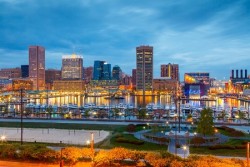 What LGBT Citizens Can Expect in Baltimore

Baltimore may not be the capital city of Maryland, but it’s probably the most famous. This city, which is technically not considered part of any county, is known for having the most public monuments per capita than any other city in the country, as about one out of every three buildings is on the National Register. If you’re a part of the LGBT community who loves history, art, and architecture, then Baltimore is for you! The city actually has a […]