While a lot of people look to the two coasts for the best LGBT cities out there, there are a number of places in the central US that are great places to live. You’ll find a number of gay and lesbian real estate agents in these cities just waiting to help you find the home of your dreams. For our purposes, we’re defining “Central US” as the middle section of the country—Texas and Louisiana up through North Dakota, Minnesota, and Michigan. While some of those states are often classified as Southern or Southwestern, we’re looking at them all as central.

In some ways, New Orleans has the largest pride parade of all—Mardi Gras is certainly a gay ol’ time! The city is also very welcoming, which should be expected since it’s built upon a melting pot of different cultures, languages, and traditions.

St. Louis is home to a gay rodeo association, has had three out elected city officials, and offers a number of LGBT bars and clubs all along Manchester Avenue. That’s the St. Louis version of San Francisco’s Castro, and in some ways, it’s even more impressive because it’s located in Missouri, a state few people associate with the LGBT community.

Chicago’s Boystown was the country’s first official gay village, and the city’s LGBT community is still going strong. While Boystown continues to offer a number of different amenities for gays and lesbians, several other Chicago neighborhoods are giving the traditional gay ghetto a run for its money.

A good five percent of the people who live in the Austin metro area identify as LGBT, and the city has elected an out lesbian mayor. Many LGBT groups are active in the area, too, and the city’s pride festival is one of the largest in the state. Austin also hosts the annual Austin Gay & Lesbian International Film Festival, making it a great place to live or visit if you love movie making or films. The city also has a number of LGBT sports leagues.

Dallas is another very liberal part of Texas, and, in fact, the LGBT presence in local government is one of the highest in the nation. The city has had a number of LGBT city counselors, county judges, and sheriff. Out and proud judges, county clerks, constables, and school board members have all won elections, multiple times, showing that very few people in Dallas care about sexual orientation when it comes to serving as leaders in the community.

Trenton, New Jersey, is the state’s capital and, in 1784, was actually the capital of the United States. Following the end of the war, the Confederation Congress met in the city during November and December, making it the de facto capital of the young country. However, Trenton only held this honor for 54 days. 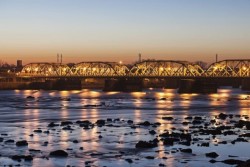 But that was then. How is the city now, and is it a good home for an LGBT family or a single person looking to put down roots? Finding a gay or lesbian real estate agent in Trenton isn’t that hard, and they will be able to help you find some great property. But do you want to start that search? Let’s take a look at some of the reasons Trenton could be the right future home for you.

How Does New Jersey Treat the LGBT Population?

New Jersey is actually a very welcoming state. Many anti-LGBT policies were abolished years ago, and the state added sexual orientation to its discrimination laws in 1991 and gender identity in 2006. These protections cover employment and housing, and there are also a number of hate crime laws that cover assaults based on orientation or gender identity. New Jersey also outlawed conversion therapy for minors in 2013, citing harm to the child.

New Jersey was quick to create civil unions for its LGBT citizens in 2006, but same-sex marriage wasn’t legalized until 2013.

Trenton has a number of different neighborhoods where LGBT people live and own businesses, but if you’re looking for the city’s gay ghetto, you’ll want to head to the Mill Hill Historic District. This area is part of the downtown district, and it’s full of great historic homes. In fact, the entire neighborhood is listed on the National Register of Historic Places. The area was revitalized in the 1980s, going from an industrial sector to more residential spaces. Today, it’s home to many LGBT individuals and families

Some people may wonder why Trenton or why New Jersey, but by moving to this area of the state, you’re getting more than just what the city has to offer. Trenton is technically considered a part of the New York metro area, and everything you’ll find in NYC is just a fairly short drive or train trip away. The city is also next to the Philadelphia metro area, so you’ve got everything that city has to offer, too.

Are you thinking about moving to Honolulu? Situated on the large island of Oahu, Honolulu is a large port and is considered to be the gateway to the gorgeous state. It’s the most populous city in Hawaii, has many different international businesses, and, best of all, is very LGBT friendly. Both the state and the city itself are quite welcoming to gay and lesbian residents and newcomers, so if you’re considering a move to the tropical state, you may want to give Honolulu a look-over. Of course, you do have to be okay with dealing with tourists year-round!

Honolulu and the LGBT Community 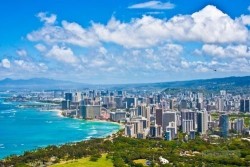 There are about 400,000 permanent residents of Honolulu and thousands more visitors, so you’re bound to run into a good number of other LGBT people. The city is quite large, especially when you take into account the consolidated Honolulu Metro Area with its population of around one million.

The city and Hawaii itself have offered benefits to same-sex couples since 1997. In fact, Hawaii was the first state to do so. Unfortunately, voters also approved a Constitutional Amendment shortly thereafter that restricted marriage to opposite-sex couples only. That was changed in 2013 when the legislature passed a bill allowing same-sex marriage. Since then, sexual orientation has been added to the state’s anti-discrimination laws and hate crime laws. Gender identity is also protected, although not to quite the same extent.

The city has a number of different areas that you could consider gay ghettos. The main LGBT neighborhood, however, is definitely Waikiki. Most people know about this beach as a major tourist destination, and it is one of the loveliest spots on the island. It’s also, while not an official gay neighborhood, home to a number of LGBT people.

Sadly, as you might expect, Hawaii and Honolulu in particular is not a cheap place to live. Because of the climate, housing prices are quite high, plus the prices of a lot of items are very expensive in the touristy areas. If you do move to Honolulu, you’ll quickly discover grocery stores and other places off the beaten tourist track that are cheaper. Also, don’t expect to live on the beach—most of the beachfront is taken up with resorts and other rental properties.

With all that said, if you do want to live in Honolulu, it is possible, and it’s very welcoming to LGBT people. The Hawaiian culture has always been open to same-sex attraction, despite the marriage ban.