If you’re a member of the LGBT community and you live in an area such as the deep south or somewhere that’s been in the news for the anti-LGBT stance of its politicians, you might have friends or family asking you why you haven’t moved somewhere else yet.  But picking up your life and relocating certainly isn’t quick, easy, or simple!  In fact, for some people, it’s just not an option.  Here are some reasons why you might find yourself living in a less than welcoming area and what you can do about it.

Your Job is There 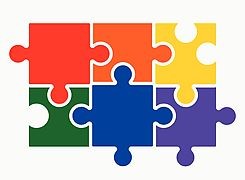 Some businesses only have one office or plant, and if you want to continue working for that company, you’re stuck in the city they’re located in.  Fortunately, if you want to keep working there, then the company is probably at least somewhat LGBT-friendly.  You might have great co-workers, a great boss, and make a nice salary or have outstanding benefits.

There’s also the fact that some cities stand out as a beacon of LGBT rights in a state that might otherwise be very discriminatory.  Take Houston, for example.  While much of Texas is fairly conservative, Houston tends to be much more liberal and welcoming.

Your Family Lives There

While the rest of the area may not be that accepting, your family may be, and you don’t want to move away from your biggest support system.  Others find themselves dealing with small discriminations every day just to stay close to a loved one who is ill or elderly.  No matter what your reasons are, family often comes before your personal desires, including where you live.

You Can’t Afford to Move

Many gay and lesbian real estate agents will point out that a lot of the areas we think of as LGBT-friendly but are not budget-friendly.  California and New York, for example, are both very expensive.  Some of the cheapest areas in which to live are also those that haven’t been as quick to embrace LGBT rights, such as states in the south.  Unfortunately, even if you do get a job offer in a different city that pays much more, you’re not going to have that money upfront, and it often takes a good amount of funds to move.

It might sound odd to say that you like living in a city or state where people seek the right to actively treat you like a second-class citizen, but some people take great pride in where they live and love it.  There’s nothing wrong with that!

In the second half of 2015, many same-sex couples married.  Now that they’ve done that, many are preparing to do what most opposite-sex couples do when they get married: they buy their first home together.  While some LGBT couples have lived together for years and bought a home years ago, some have continued to rent because of the fact that they would have to apply as two single people on the mortgage.  They would not have the same type of protection that a married couple would have when purchasing a home.  Today, that’s not true, and many are looking to become homeowners in 2016.

Along those same lines, expect to see more and more businesses of all sizes come out in support of LGBT rights.  While some will certainly see this as a move to simply get more business (and for some companies, it may be), it’s also a sign that businesses believe all of their employees and customers should be treated fairly.

This trend isn’t as positive, but it’s already happening: conservative state legislators are pushing back against the Supreme Court’s decision on same-sex marriage by introducing bills with a decidedly anti-LGBT slant to them.  For example, before 2016 was even a month old, the Oklahoma legislature had 26 bills or resolutions being considered that in some way involved discriminating against LGBT people, including a ballot initiative that, if approved, would give private businesses the ability to refuse to recognize same-sex marriages.  They would be protected from lawsuits and any other legal consequences and be allowed to freely discriminate.

While with the exception of the last trend, which we can hope dies off fairly quickly, 2016 is looking to be a good year for the LGBT community.  With one major battle over, couples can now marry and purchase property more easily, trends that are sure to continue through this year.

Eureka Springs is one of Arkansas’s magical cities that looks like it has come straight out of a storybook.  It’s hidden away in the Ozark Mountains, and while only a little over 2,000 people live there, there are many, many more in Eureka Springs on any given day.  It’s a huge tourist destination, and for many reasons: the music shows, the antique stores, the Victorian architecture, and the gorgeous views.  It’s called The Little Switzerland of America, and people love it—Especially LGBT people.  The city is actually one of the biggest LGBT cities in Arkansas!  The 2010 Census shows just how gay the city of Eureka Spring is: out of the 250 households made up of unmarried partners, 200 of them were same-sex couples!

Why Live in Eureka Springs?

If you’re talking to a gay or lesbian Realtor about making the move to Eureka Springs, you’re probably doing so because you’re interested in the tourism industry.  That’s the main industry in the city, and while not everyone works in tourism or retail, many do.  Of course, the biggest reason many move to the city (and it’s actually decreasing in population, so not many are) is the location.  It’s beautiful in the Ozarks, and it’s easy to see why someone would fall in love with it and want to stay there forever.

While Eureka Springs is very LGBT-friendly (it was the first city to issue same-sex marriage licenses and have a non-discrimination law regarding both orientation and gender identity), there is also a large religious presence in the city.  Eureka Springs is home to a number of Christian attractions, including the New Holy Land Tour and performances of the Great Passion Play.  While there have been some clashes between religious groups and LGBT people in Eureka Springs, overall they do co-exist peacefully.  In fact, a number of the LGBT residents are Christian.

For those who are religious and are looking into moving to Eureka Springs, employment at one of these Christian attractions may be a good option.  The New Holy Land Tour is an especially impressive recreation of Biblical settings, plus its Bible Museum has a number of incredible exhibits, including a leaf from one of the original Gutenberg Bibles.

A Haven in Arkansas

Arkansas is not known for being the most welcoming state as far as the LGBT community goes.  That’s why it’s great to find a city such as Eureka Springs.  Whether you’re thinking about moving here or just want to visit, it’s a great little city.

Many gay and lesbian Realtors expect to see a good number of LGBT couples looking to buy a home now that they are legally married. However, you may want to take a look at what the market looks like before you do.  Here are a few trends experts are predicting will dominate the real estate market during the rest of 2016, but always do research on the local market before buying or selling.

The Market Will Normalize

The housing market has been up and down, as anyone who has bought or sold a house in the past 15 years has noticed.  Fortunately, experts are predicting that the housing market is actually going to go back to normal, or as normal as it ever gets.  This is great news for LGBT first-time homebuyers since it means lenders will be less afraid of making loans.  However, many also believe that interest rates are going to rise next year, especially in areas where home prices are already high.  Unfortunately, this will make gay neighborhoods like the Castro area of San Francisco, which is already difficult to afford, even more out of reach for many.

New Homes Will Be More Affordable!

If you’ve been looking for a new home, you may be very dismayed to find prices are fairly high.  That’s because builders have had to deal with higher costs and fewer skilled workers.  However, most experts believe that new homes will actually drop in price because many of the new homes that have been built over the last year haven’t sold.  This means that those new LGBT neighborhoods that have stalled out due to a lack of buyers may suddenly explode, plus new gayborhoods may spring up in some areas.  Definitely keep an eye on the costs of new houses in the area you want to move to because you may be surprised at how cheap they get.

Finally, Realtors are predicting that rent is going to continue to rise. 2015 saw many rental properties jump in price.  A large number of people now pay more than 30% of their income to rent.  Because the housing market is expected to normalize, mortgages are actually going to be cheaper than renting, making it the time to seriously reconsider your housing situation if you rent.

Anyone that is considering the market for the remainder of 2016, needs to think about what normal looks like in the area that they want to buy. Don’t worry about last year, take this year and make that perfect house your new home.