When the state ban against same-sex marriage was ruled unconstitutional on January 23, many LGBT citizens in Alabama thought that they at last had equal rights.  The ruling was set to go into effect on February 9, and many planned to get married that day.  However, Alabama Supreme Court Chief Justice Roy Moore ordered county clerks not to issue marriage licenses, and 20 counties out of the 67 did not.  This was followed by a ruling by the Alabama Supreme […]

Virginia is known for being the home state of many different presidents, for being one of the original 13 colonies, and for being the capital of the Confederate during the Civil War.  The state is also one that isn’t as friendly towards LGBT rights as many would like.  Fortunately, the state is moving towards being more accepting, a fight that is led by the state’s two Democratic Senators. Virginia was one of the first states to ever pass a legal […] 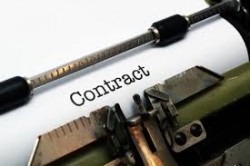 What Items Can My Partner and I Expect to Remain in The Home We Are Considering Purchasing?

What Items Can My Partner and I Expect to Remain in The Home We Are Considering Purchasing? There are many gray areas when it comes to determining exactly what should stay with the home and what may be removed by the sellers. In general, items that are fixed to the real estate must stay. Sellers may take any personal property that is not affixed to the property unless you have stipulated that it stays in a purchase agreement that both […] 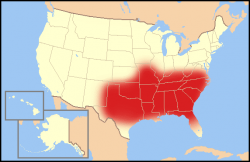 Being LGBT in the Bible Belt

The Bible Belt of the U.S. is the term used to refer to states in the south-central and southeastern part of the country.  These states have an overwhelmingly large number of socially conservative religious people, and these evangelical Christians tend to play a large role in politics and society overall.  Church attendance is higher in this area than the national average.  The Bible Belt is generally defined as including all or parts of Oklahoma, Texas, Louisiana, Arkansas, Missouri, West Virginia, […]

Purchasing a home is an exciting time in your life. Submitting a winning bid on a foreclosed home that is being sold at auction that you and your partner really want to buy can be even more exciting. Before actually making your bid, there are some facts and some pitfalls that you should consider. How it Works When a home is foreclosed on, lenders may sale the home at auction to try to recoup its losses. Some lenders set minimum […] 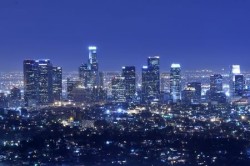 Being Gay in L.A.

Being a member of the LGBT community in Los Angeles is something of a paradox, especially if you’re in the entertainment industry.  For most people, it’s not a big deal until suddenly it is.  Movie and television stars often stay in the closet for as long as they can because they fear it will hurt their careers, although more and more are refusing to hide who they truly are.  For the average LGBT person living in L.A., there’s no need […]