As Florida residents clean up in the aftermath of Tropical Storm Debby, many more Americans can anticipate flooding and damage during this year’s hurricane season. HouseLogic.com, the award-winning comprehensive Web site for home owners from the National Association of REALTORS®, offers valuable resources and information to help residents clean up after floods. “The damage from natural disasters like floods and hurricanes not only affects individual families but also entire communities,” said NAR President Moe Veissi, broker-owner of Veissi & Associates […]

‘Dead’ Listings Get a New Life

The big drop in inventories of homes for-sale is helping once-expired listings finally get sold. Sellers are finding relisting their properties may offer them more luck now than a few months ago, real estate professionals report. Nationwide inventories of single-family homes, condos, townhouses, and co-ops has fallen about 20 percent in the last year, according to Realtor.com. Inventories are at some of their lowest levels ever observed. Meanwhile, more buyers are coming off the sidelines, wanting to take advantage of […] 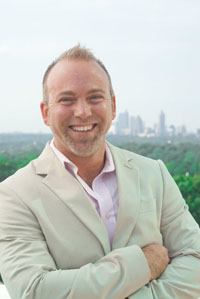 I am a local real estate professional with Keller Williams located in the heart of Buckhead, I specialize in Buckhead and several other metro Atlanta neighborhoods. I have lived in Atlanta for over 13 yrs. and have gained a vast knowledge of the market trends through out this great city. I have personally resided in many of the neighborhoods and communities this great town offers over the years. Currently I live in the Buckhead Village and enjoy a terrific skyline […]

Real estate professionals and mortgage loan officers say that appraisers seem to be reluctant to report price appreciation occurring in numerous spots across the nation, and it’s complicating sales transactions, The Real Deal reports. Appraisal problems — where property valuations have come in lower than the agreed-upon sales price — have been an ongoing problem in derailing many real estate transactions the last few years. And despite reports of several markets seeing an increase in their home prices, many agents […]

Rents are on the rise nationwide and investors are looking to cash in. Local Market Monitor recently reviewed 316 housing markets to find which ones offered some of the highest returns on investment potential for single-family rental properties. The following are the top five markets that emerged from its list as best places to purchase a rental property in the U.S. 1. Las Vegas Median home price (2012): $122,000 Estimated median home price by 2015: $121,087 Projected annual rent in […]

My name is Larry , Owner/ Broker of PrimeBuy Real Estate and Associate Broker/ Owner of DreamMakers Realty Group. I’m licensed in both Georgia & South Carolina and specialize in residential listings throughout the Atlanta/Metro area. I work with home buyers & sellers, this includes short sales. Please contact me to get information on how to buy a home, sell your home, property values or new Subdivision sales. I look forward to assisting you! Click here to search for a […]

The number of home owners with severely delinquent mortgages — 90-plus days past due or in foreclosure — fell 37 percent in May compared to its peak in January 2010, according to a new report out by Equifax. Seventy percent of those delinquencies are loans opened between 2005 through 2007, Equifax notes in its May National Consumer Credit Trends Report. “That severe mortgage delinquencies are trending downward is not surprising given generally improving economic conditions,” says Amy Crew Cutts, Equifax […]

Recent housing surveys are showing an uptick in home prices, particularly in cities in warm-weather “sand states” that had been hard-hit during the housing slump, such as in Phoenix, Las Vegas, Miami, and Tampa. But some housing experts worry that the lift in prices may be temporary due to banks “hoarding foreclosures.” Some real estate professionals allege that the “synthetically pumped prices” are being caused by “banks stockpiling foreclosed properties and purposely keeping them off the market until area prices […]

The Biggest Growth Spots in the Next 20 Years

Small to mid-sized cities will likely be the “biggest winners in the housing market two decades from now,” predicts Stan Humphries, Zillow’s chief economist. Some of these cities will be near large metro areas while some may be more distant and include small to mid-sized cities in college towns too, Humphries adds. Humphries says market “winners” in the next 20 years will likely be places like Austin, Texas; Savannah, Ga.; Athens, Ga.;  Rochester, N.Y.; Boulder, Colo.; Madison, Wis.; Knoxville, Tenn.; […]

Full time devoted Realtor with over 9 years of Real Estate experience and 15 years of sales experience!Carl is a native of Birmingham, Alabama, therefore very knowledgeable of all areas. Carl sells Real Estate in all areas Birmingham and surrounding cites and counties. He represents both buyers and sellers in all price ranges. When you are buying or selling property in today’s real estate market it’s important to have confidence in your real estate professional. Carl’s commitment as your local […]