IN THE ARTICLE & TIPS

GayRealEstate.com is the leading source of real estate article specific to the LGBTQ community.

The Neighborhood: Tips for Homeowners to Keep Homes from Being Burglarized

Every day, a large number of people leave their homes open for burglaries.  Often, these people believe their homes are safe—they’ve locked the front door, the windows are all locked, and they have left lights on if they’re going to be gone late into the evening.  But these actions don’t always deter a burglar.  Many people also don’t think their home is a target because they have nothing worth stealing.  But burglary doesn’t have to involve theft.  In fact, there are four different classifications for burglary, and none of them include theft.. 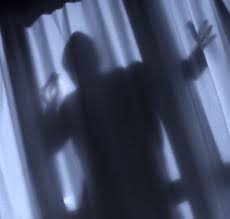 Burglary is defined as the unlawful entry of a structure by someone who is not authorized  to enter the building.  It doesn’t matter if they break in or if they walk in through an  unlocked door or window.  If they’re not allowed in the building or do not have permission  to enter and they do so anyway, they have committed burglary.  Sometimes, there’s no  evidence of a burglary, but often, there is.  This can leave someone feeling violated.  A  strange person has just been in your home, your sanctuary.  It’s even worse if they steal  things or vandalize the property. .

No one wants to feel this way, so it’s vital that homeowners take the necessary steps to  make certain their homes aren’t vulnerable.  Making certain all the doors and windows  are locked is a good place to start, but it’s just not enough anymore.  Here are a number  of tips that can be used to keep your home safe from being burglarized.  .

Doors secured with deadbolts can be very difficult to break into.  Of course, not all  deadbolts are equally as strong.  Those made from weak, thin metal won’t hold up as  well as higher quality ones, so make certain your deadbolts cannot easily be broken.    Look for deadbolts that have a beveled casing.  This casing makes it more difficult to successfully break the deadbolt with channel lock pliers.  Also consider putting deadbolts on other doors in your home in case a burglar breaks into your house while someone is home..

A home safe can ensure that your important documents, expensive jewelry, and other prized possessions are protected when you’re not home.  While the goal is, of course, to keep the burglar out of your home, that’s not always possible.  Some burglars are very persistent, plus even the most vigilant of homeowners may slip up.  While safes are large and can be unwieldy, it’s worth the trouble to protect your most valued possessions.  As a bonus, if a burglar sees a safe, he may try to open it.  The longer he’s in your home, the better the chances that he will be caught..

Be sure to Secure your Sliding Doors.

Everyone remembers to make sure the windows are all secured and that the doors are locked, but some people overlook their sliding doors.  Sliding doors are actually one of the easiest places for a burglar to enter the home.  This is because most of them are not equipped with any sort of security mechanism.  They’re very easy to break in to.  One simple option is to purchase a curtain rod or other type of long, sturdy object in the track so the door cannot be slid open. .

Get a Home Security System.

A home security system is a very obvious method of deterring burglary.  It’s one of the most effective ways of protecting your home, although it can also be one of the most expensive because a monitored system does require a monthly fee.  However, this fee is often worth it for your peace of mind.  When someone breaks into your home, the alarm goes off.  In addition to the very loud noises and flashing lights, a monitored system instantly alerts the monitoring company and the local authorities.  Burglars tend to run as soon as the alarms go off..

Burglars are more likely to attempt to break into a home when they know it will be empty.  That’s why sharing your travel plans to the world, through social media platforms like Twitter and Facebook, can actually be fairly dangerous.  While you may want to let your close friends and family members know you’re going out of town, you should avoid mentioning it on the internet or leaving any signs that you’re not going to be home soon. .

If you’re a dog person, you’ve just added some extra security to your home.  Dogs can do a great job of scaring away burglars, especially when you’re not home.  Statistics have shown that burglars are much less likely to attempt to break into a home if they see that the owners have a dog.  While dogs with loud, deep barks can easily intimidate a burglar, even smaller dogs can be a deterrent.  Of course, a person should never get a dog just for security reasons, but it is a nice to know Fido will keep your home safe when you’re away..

Make Sure Your Property is Well Lit.

Dark properties invite burglars because there are plenty of shadows to hide in while the scope the place out and make their move.  Any home that has lighting around it won’t be a burglar’s first choice because they can more easily be seen and caught.  Installing lights with motion sensors around your home is a great way to add protection from burglaries.  Make sure the front, back, and sides of your home are well-lit, and make periodic checks for bulbs that need to be replaced..

Timers can be a detriment to burglars because they make it seem like someone is at home even when you’re away.  These little devices can be used with lamps, televisions, and other electronics.  Each one has a timer on it that can be set to any time.  At that specific time, the device is turned on and runs until the timer reaches the desired off time.  For example, people who often watch television between 7:00 and 9:00 in the evening could set the timer on the TV for those hours.  It will look like you’re still at home observing your daily routine..

You can use your flowers and bushes as another way to prevent burglary.  Planting rose bushes and other plants with thorns around the windows will keep burglars from attempting to enter your home that way.  Placing gravel in your flower beds or putting loose stones in them can also help you hear burglars approaching.  Finally, be sure to keep your hedges and trees trimmed.  Overgrown yards give burglars plenty of places to hide.  While you don’t have to remove all your hedges, you should keep your yard maintained.. 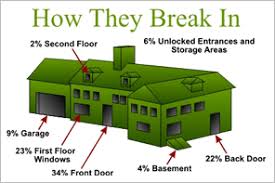 Watch your Mail and Newspaper Delivery.

Finally, if you’re going out of town, have your mail and newspaper deliveries put on hold  or have a neighbor collect them.  Burglars often watch to see which houses have several  newspapers stacked up in the drive.  That’s a good sign that no one is home to collect  them.  But burglars aren’t the only ones who make use of stacked up mail.  Those  seeking to commit identity theft may help themselves to any credit card applications or  other pieces of mail with personal information on it.  Consider getting a locked mailbox  if you’re worried about identity theft..