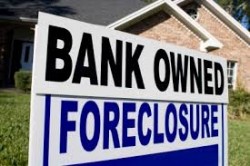 My Partner and I Would Like to Purchase a Foreclosed Home, What are the Issues Involved?

Buying a foreclosed home is a great way to get an excellent deal. The downside is that you may be buying more than you bargained for if the home has been sitting vacant for a long period of time. In most states, foreclosed homes are sold as is with no warranty. This means that you get what you see and will be responsible for any and all repairs that are needed. Following are some tips for those who would like […] 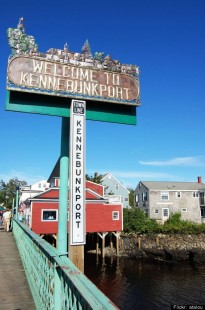 Buying a timeshare in a gay hot spot is a sensible economical solution for LGBT snowbirds that want to go somewhere warm for the winter.  There are many wonderful time shares in the United States that are located in gay and lesbian friendly resort communities such as Sedona, Long Beach, West Hollywood, Fort Lauderdale, South Beach, Province Town – just to name a few! First off it is a good idea to travel to the vacation resort and check it […]

President Obama spoke Tuesday about how far housing has come from its pit in the middle of the crisis. The latest housing scorecard from the Obama Administration only strengthened the presidents statements, yet serves as a reminder that there is still a long ways to go. As the July housing scorecard indicates, the Obama Administration’s efforts to speed the housing recovery are continuing to build upon the progress that has been made over the last four years, said U.S. Department […]

Fears over a large overhang of potential foreclosures that could threaten the housing recovery have failed to materialize — and aren’t likely to do so — according to the Mortgage Bankers Association.

The median price of single-family homes nationwide increased 12.2% in the second quarter when compared with the year-earlier period. It also rose 11.3% from the first quarter.

Foreclosures Rise in June, But See Big Drop for Year

Completed foreclosures rose 2.5 percent in June from May, CoreLogic reported Tuesday. Its report follows another recent one from Lending Processing Services that showed nearly a 10 percent rise in the national delinquency rate in June compared to May. About 1 million homes are in the foreclosure inventory as of June, CoreLogic reports. That does mark a 28 percent decrease in the foreclosure inventory compared to last year. Forty-nine states reported a year-over-year decline in foreclosure rates in June. “The […]

Distressed properties are on the decline in Phoenix

A Way to Stop Foreclosure Evictions?

Boston Community Capital, a nonprofit helping low-income communities, is on a buying spree to clear the backlog of troubled mortgages and keep struggling home owners in their homes. During the last four years, the community development financial institution has purchased nearly 400 homes across the country that were in some stage of foreclosure through its Stabilizing Urban Neighborhoods program. It then resells the homes to the former occupants with new 30-year fixed-rate mortgages that are often 40 percent lower than […]

Lenders Near End of Foreclosure Payouts

As of last week, borrowers had cashed nearly 2.9 million checks from a settlement paid out by 13 of the nation’s largest lenders for various foreclosure mistakes that had been made over the last few years. The Office of Comptroller of the Currency said that, so far, $2.5 billion worth of checks had been cleared but that’s still only about two-thirds of the $3.4 billion in checks issued to borrowers. Home owners who were in foreclosure in 2009 and 2010 […]

Foreclosures Down 29% From Year Ago

Foreclosures are continuing a steady fall, as home prices rise and the housing market picks up nationwide.