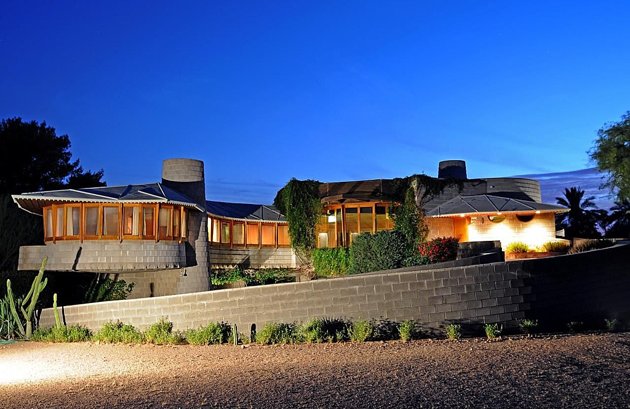 The dispute over an important Phoenix home designed by Frank Lloyd Wright has been resolved, according to the Frank Lloyd Wright Building Conservancy. On Thursday, Dec. 20, the group announced that it had successfully engineered the sale of the David and Gladys Wright House, saving it from demolition after a long battle.

The house at 5212 E Exeter Blvd, Phoenix, AZ 85108 was last listed for $2.515 million. An anonymous benefactor agreed to buy the desert gem and transfer the property to an Arizona not-for-profit organization responsible for the restoration, maintenance and operation of the David and Gladys Wright House.

“This purchase is a magnificent and generous action,” said Larry Woodin, president of the Chicago-based conservancy. “It is a gift to the people of Phoenix, a gift to the worldwide architectural community and to everyone that cares about the history of modern architecture. We are enormously grateful to this benefactor for making sure there will be a new chapter in the life of this important and unique Frank Lloyd Wright building.”

The Guggenheim Museum in New York was designed at the same time as the David and Gladys Wright home in Arizona, using the spiral staircase as its central element. Source: Turbosquid.comThe home was completed in 1952 for Wright’s son David and his wife, Gladys. What makes this particular property important is that its spiral staircase design foreshadows the breakthrough design of the Guggenheim Museum in New York. It is the only one of Wright’s single-family homes that utilizes that circular spiral plan.The home’s fate was the subject of a huge dispute. Sold in June 2009 for $2.8 million by Wright’s heirs, the home was re-sold in June 2012 to a group of developers, whose plans to demolish the property to develop new housing on the site led to a battle over the building’s landmark status and fate.

Over the past six months, developers at 8081 Meridian battled the city of Phoenix before dropping their bid in late October to demolish the home and develop the land. Their contention was that the home had not been designated a landmark prior to their planning process.

But on Thursday, news of the home’s sale capped months of back-room dealing and public lobbying by supporters who gathered 28,000 signatures in addition to identifying a new, albeit anonymous, owner.

The author of this article is: Laura Vecsey

At GayRealEstate.com, we keep you updated with all the gay realtor, lesbian realtor, gay realty, gay real estate and general real estate news affecting the LGBT community coast to coast, and in your neighborhood.

If you have a real estate story that you’d like to share with us with the gay and lesbian real estate community, please contact us at: manager@gayrealestate.com